CLARA PASCAL HAS IT ALL

She’s beautiful, successful and a devoted mother. People want to be her.

THEN IT’S SNATCHED AWAY

Now, robbed of everything that gives her life meaning, she lies chained to the stone wall of a dark cellar – without food, warmth, or sleep, without even the most basic communication.

As the police team frantically investigates, knocking on doors, following up wisps of leads, bullying, cajoling, begging witnesses for help, it seems that Clara Pascal has disappeared without trace.

Meanwhile, in her dark prison, Clara begins to suspect why her kidnapper has kept her alive. And the reason is terrifying.

‘Set aside a day — you won’t be able to put it down once it has you in its grip.’ —Val McDermid

Chosen by George Easter of Deadly Pleasures Mystery Magazine as one of his all-time favourite ‘Novels of Captivity, Rescue and Escape’, alongside Rogue Male, Papillon, and The Taking of Pelham 123.

‘Murphy generates a powerful sense of menace and the dreadful fear that something awful is about to happen . . .’ —Literary Review

‘A skilfully plotted, with strongly drawn characters and a clever dénouement.’  —Sunday Telegraph

‘This novel really packs a wallop. One of the best of its kind that I’ve ever read.’    —Deadly Pleasures

‘Suspense novels are all about the same thing – the sudden manifestation of evil in someone’s life. But the literary form is so supple that an adept stylist can vary the formula… In Murphy’s bold treatment, the victim is made to acknowledge her own intimate acquaintance with evil.’   —New York Times 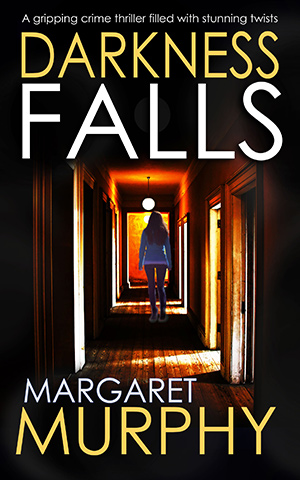 DISCOVER AN ABSOLUTELY COMPELLING PSYCHOLOGICAL THRILLER BY AN AWARD-WINNING WRITER

This dark, twisting thriller will have you gripped from start to breathtaking finish.