DID SHE OR DIDN’T SHE?

Dr Helen Wilkinson stands over the body of her husband, Edward. It’s just as she’d imagined it so many times before. He looks calm, asleep almost. And yet something isn’t right: in her fantasies there was never so much blood.

Her husband was a professor with few friends. A manipulative and sadistic man who delighted in the humiliation of others. Many wished him dead. But Helen has fantasised, planned and committed the crime so many times in her head she doesn’t know what is real anymore.

Now she’s the prime suspect. How can she convince the police she didn’t murder her husband — when she doesn’t know herself?

Praise for Her Husband’s Killer

“Establishes Murphy as one of the best writers of the psychological mystery to emerge in recent years . . . coupled with her unerring ability to rack up the tension, notch by notch, she certainly gives the likes of Vine and Walters a run for their money”  —Tangled Web

PLEASE NOTE THIS BOOK WAS FIRST PUBLISHED AS “CAGING THE TIGER”. 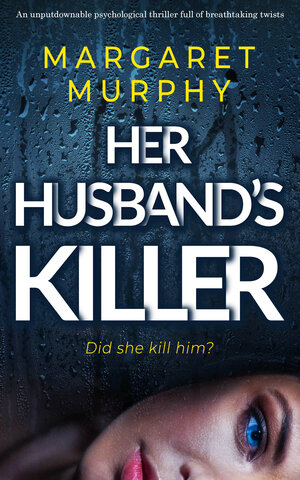