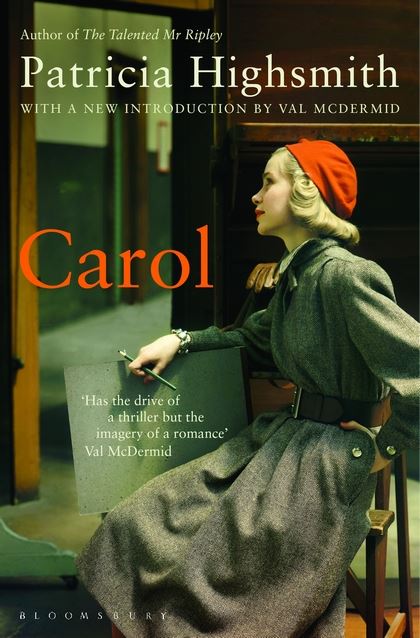 Patricia Highsmith is best known for her morally ambiguous suspense novels, including Strangers on a Train. Her biographer, Joan Schenkar, said Highsmith’s characters were so psychologically threatening that even her most devoted readers hoped never to recognise themselves in her novels. In 1952, at the start of her career, Highsmith wrote Carol (originally The Price of Salt) under a pseudonym, and she didn’t acknowledged authorship until 1990. Meanwhile, she had written about obsessive love and toxic relationships, murderers and stalkers and sadistic manipulators. Foremost of these is Tom Ripley, a psychopath who kills and steals and prospers. Carol is the only Highsmith novel which doesn’t feature violent crime; essentially it is a tender and sweet romance between an ingénue and her older lover. So, why did Highsmith hide behind a nom de plume?  It’s a love between two women, and in her afterword of the 1990 edition, Highsmith claims she didn’t want to be labelled a lesbian writer. But in the 1950s, lesbian relationships were considered morally corrupt, and publishing – still male-dominated now – was more so, then, so perhaps she feared for her career. Whatever her reasons, Carol remains for me one of her best works. It captures perfectly the oppressive sense of dread and the persecution of gay women at that time. Yet it also offers hope – a rare and beautiful thing in Highsmith’s work.